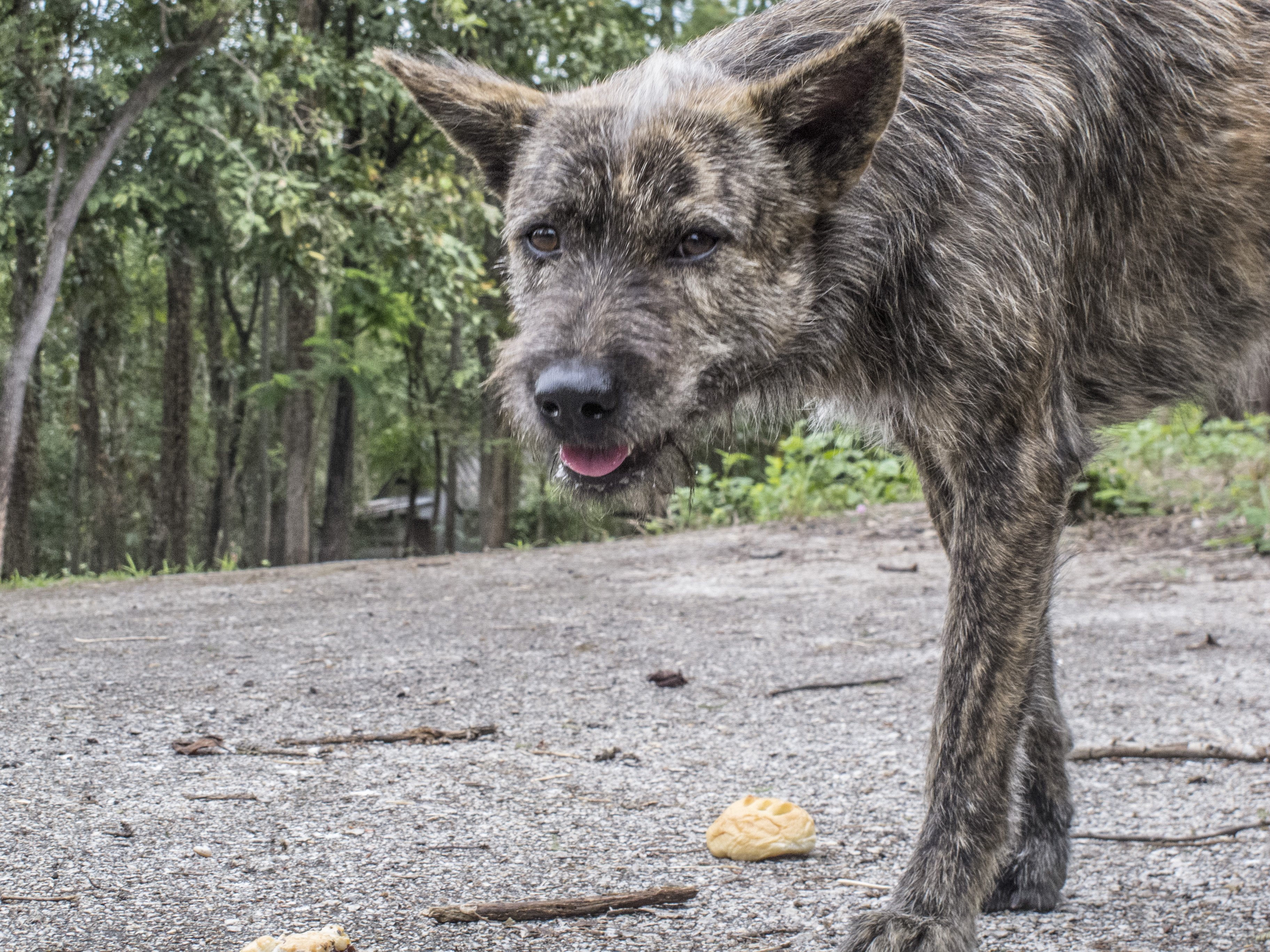 Rode out to Lampang & followed the 11 out to near Mae Mo, the mining town east of Lampang.

This was my second visit to this area to find the elusive Volcano. After the last ride I searched google & found I had been so close to the rim of the volcano but was unable to see it because of the forest growth. I found this link to an image.

The volcano is actually behind the ridge line seen from the approach road that runs parallel with the railway line.

Today I parked the bike in the carpark and walked through the forest, climbing the steep side of the volcano via the stepped pathway leading to the rim.

At the carpark I was met by a guy who wanted to have a chat. Seriously, we had a long discussion and he was extremely attentive. We bonded. He walked ahead. Stopped here & there to check I was still ok (we were both panting !) & then at the top showed me around his place.

The view from the top is completely obscured by the trees but you can see the crater falling sharply away through the undergrowth. Perhaps a visit after the fires of February & March will show the crater in more detail.

I thanked Shaggy for the visit & when he gave my hand a lick I told him I had something in my pannier for him.

We walked down to my bike & he sat by the bike. I opened the pannier & he made a grab for me. He was passionate. He was humping my leg as if there was no tomorrow. He was squealing with excitement. I was amazed he knew how I felt about him too.

I took the pack of bread rolls I had in my pannier & gave them to him & he chomped away enjoying the snack after a good shag. What a guy!

Further along the valley towards Mae Mo, I found an interesting temple.

Interesting because everywhere you look are rows & rows of Buddha images. To the far side of the temple grounds was some empty space. I also found the fiberglass moulding sat waiting for the next mix.

I had a chat with this guy too & told him the monks were bad to keep him in a cage & he grunted & blinked a lot when I told him about getting out. So sad to see a wild animal caged like this.

Ah ! What a relief. Delivery of the makings for another mix.

Now if you have ever wondered what the Hang Chat Arboretum has install for the interested visitor, I can put you out of your misery.

A few termite eaten saplings, very run down government style buildings, an 19th century fire engine and  a building resembling a Chapel at the centre. Very disappointing but not surprising.

Slash plus 3 to Chae Hom and Khun Tan

A leisurely ride down the canal road until it's end, followed the Mae Kha valley…

Beware - There are a lot of photos of a D-Tracker in this post. At…

Copyright Ally Taylor - All Rights Reserved
Back To Top
×